Archeologists after new discoveries from Sassanid Empire at Gorgan Wall 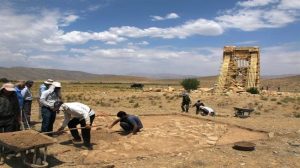 Archeologists are reconstructing the settlement pattern in Castle 2 and thereby add another folio to their knowledge of the Sassanid Empire within the precincts of Gorgan Wall.

The Research Institute of Iran’s Cultural Heritage, Handicrafts and Tourism Organization quoted the head of the joint Iran-Britain team in charge of the eighth excavation season at Gorgan Wall, Hamid Omrani-Rakavandi as saying the excavations were aimed at identifying the type of construction materials used in Castle 2 and drawing up its geophysical map.

The archeologist further said that the main objectives of the team in this season were to discover a pathway to the sitting room, storage room, cooking room, the holes dug inside the room for food leftovers, and the handicrafts used by the residents of the castle and other tools and instruments, the changes made in the next periods, chronological sampling and setting the duration of the construction of the castle and later settlements.

According to Omrani-Rakavandi, given the studies conducted on castles in large and small cities on the southern side of Gorgan Wall, the eighth excavation season undertook the clearing on an illegal ditch measuring 4mx2m with a depth of six meters situated on the southeastern side of the castle known as Bouraq Tappeh.

He said the measure was taken to define architectural layers and collect samples, including pieces of clayworks, animal bones, coal and other organic materials for laboratory and chronological studies.

The archeologist pointed out that the excavation team has also analyzed geomagnetic data, the aerial photos of the castles of the Gorgan Wall, the ancient Gargaz Dam, a number of castles in the city in the southern side of the territory of the Gorgan Wall, continuation of the survey of the landscape using satellite images to identify a number of expanded city castles from the pre-historic era up to the Islamic period.

It also conducted studies on geological changes and advancement of the Kaspi (Caspian) sea water and its effects on Gorgan Wall in the western side of the territory.

According to him, the team intends to collect, classify, wash and study cultural-historical data (clayworks and animal bones).

In the eighth excavation season, the team of British archeologists was headed by Wolfram Eberhard Sauer, a faculty member of the University of Edinburgh, Scotland. 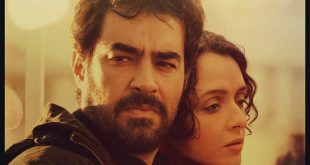 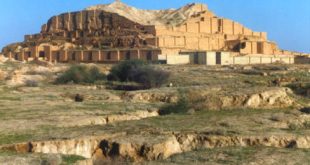