TEHRAN, Dec. 28 – 2016 Online Film Critic Society (OFCS) announced the 20th annual film awards nominations on Tuesday, among them Iran’s ‘The Salesman’ as one of the Best Foreign Language Films in the list. 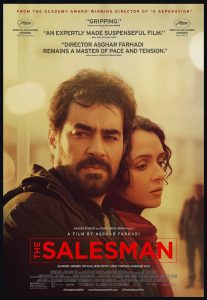 Accordingly, Toni Erdmann, The Handmaiden, Elle, The Salesman, and Nerudahave all been nominated in the Best Foreign Language Film category.

The Salesman is directed by Iranian acclaimed director Asghar Farhadi and tells the story of Emad (Shahab Hosseini) and Rana (Taraneh Alidoosti), a couple who are part-time actors playing Willy and Linda Loman in a Tehran production of Arthur Miller’s Death of a Salesman, when an intruder in their new home shakes this marriage to its core.

Cannes award-winner drama The Salesman has been chosen to represent Iran at the 2017 Academy Awards, and was named by the US National Board of Review as the best foreign language film of the year.

Moonlight and La La Land won seven nominations at OFCS reflecting the huge acclaim the films have already garnered, both already the recipient of numerous awards.

The Online Film Critics Society’s Governing Committee said, “this year’s nominations and films recognized represent the rich variety of films on the global stage in 2016. Over 150 titles were long listed for Best Picture, over 100 for Best Foreign Language Film and over 30 titles for Best Animated Feature.”

The list of nominees across all categories reflects cinema’s power to entertain, to provoke, to inspire hope and debate and to be a force for change. These films also prove that while 2016 was not a banner year in all areas, for cinema we are currently enjoying a golden age. 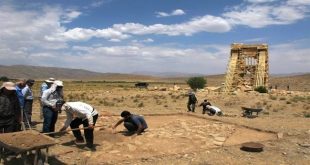